Sedation at the end of life 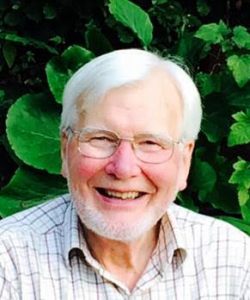 A few thoughts arising from my recent narrative review on palliative sedation.  [1] First and foremost, it is important to know that the literature is horribly confusing. For example, some research articles are about continuous sedation until death (sedation light–moderate–deep, CSD) and others about continuous deep sedation until death (CDS). Then, for something said to be an exceptional last resort option when all else has failed, how come that the incidence of CDS in population studies ranges up to 25 per cent? [2] The answer partly seems to be that, except for palliative care specialists, doctors do not distinguish between primary intended sedation (the agreed definition of ‘palliative sedation’) and sedation as a secondary effect of ongoing symptom management (specifically excluded from the definition). [3]

Second, although delirium is typically the commonest reason for primary intended sedation, midazolam is generally said to be the drug of choice – a benzodiazepine which usually exacerbates delirium. In an agitated patient, does exacerbation of the distress after a typical dose of midazolam (e.g. 5–10mg SC) indicate a missed diagnosis of delirium? Is the occasional escalation to industrial doses, and a possible need to progress to phenobarbital, because of this?

As I look back to my clinical practice, I find that the following words reflect my own experience:

“Throughout a 40 year career in palliative care, I have never ordered ‘palliative sedation’… The very concept fails to capture my clinical reasoning. I do not manage delirium, shortness of breath and pain with standard treatments and then designate a symptom ‘intractable’, turning to ‘last resort’ therapy for severe cases. I do not shift my clinical goal from symptom relief to ‘sedation’, nor do I pre-determine that unconsciousness is the only means by which symptoms can be relieved.” [4]

Given the closeness to their inevitable death, inevitably some patients would have become sedated as a secondary effect from the escalation of specific symptom control measures, and no doubt deeply at times – but this falls outwith the agreed definition of ‘palliative sedation’.

Many patients receive a sedative either intermittently or continuously in the hours, days, or weeks before death for a variety of reasons. The use of such drugs is governed by the same ethical and pharmacological principles as hold true for other clinical situations, namely necessity and proportionality. Further, to minimize the potential for harm, drugs should be used only for as long as is necessary and in the smallest effective dose. Accordingly, I find it disturbing to read of a protocol for CDS ab initio [5] as this carries a high risk of causing death through depression of the cardiorespiratory centres in the brain-stem. [6]

Concern about precipitating death continues to be voiced, not only by healthcare professionals but also by patients and families, and needs to be taken seriously. However, we cannot leave those near the end of their life overwhelmed by distress of one kind or another. Necessity to relieve suffering demands action; to do nothing is inhumane and a betrayal of our medical calling – but any intervention should always be proportionate, not automatically precipitous.

Editor’s note: This post is among the Top Ten most-viewed posts for the first half of  2019.

1 Response to Sedation at the end of life