When the artist becomes leader … some thoughts

Ahead of the United Nations’ ‘World Creativity and Innovation Day’ (Sunday, 21 April), we are delighted to republish this post from Nigel Hartley, originally published in January 2018 as part of our Arts in Palliative Care series.

In this continuing series, The Arts in Palliative Care, we look at how the arts in palliative care settings can be a powerful and effective way of addressing the practical, psychological, social and spiritual issues that face people at the end of their lives. 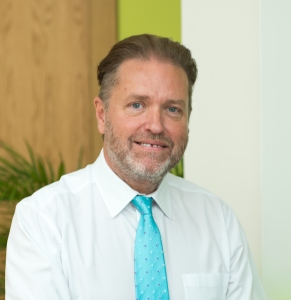 It is unusual in UK hospices/palliative care services for someone who has worked as a music therapist to undertake a career progression where they eventually become CEO. I began my career as a music therapist, working at London Lighthouse almost 30 years ago. Since then I have worked in four hospices in Oxford and London, and currently I am CEO of the hospice on the Isle of Wight in the south of England.

I have been reflecting on what one’s professional background brings to a leadership role that is unique. It is more common that CEOs of hospices have a background in one of the main clinical professional disciplines such as nursing. What does having been a musician and music therapist bring to a leadership role, which is uncommon and unexpected and offers insights into the role and organisation that might differ from others with other backgrounds and experiences?

Firstly, I think there are common misconceptions about artists and musicians as being undisciplined. Creativity is often viewed as being able to ‘wing it’, to ‘play it by ear’, and sometimes we are viewed as a little ‘fluffy around the edges’. On the contrary, as a musician I spent hours perfecting my craft, studying music and technique in a microscopic way, much like the discipline and craft of a doctor. With such fine, detailed examination of music, I learned to be the best I could be. I also learned about order and control, about the benefits of repetition and also of assessing risk. As an improvising musician, I know about the opportunities that come with what, in other professions, might be thought of as mistakes. In music, mistakes offer opportunities for different direction, for potential and new ways forward.

Working in a health service where most people are afraid of taking risks or of getting things wrong, I find I have a much healthier view. It is OK to get things wrong, as developing a culture where mistakes are part of normality, and changing direction, can be a good thing that fits well into a set of behaviours that I learned to manage as a skilled musician. These behaviours also included a developed and well-practised sense of listening; paying attention in ‘minute particulars’; listening to every note, to every small change in dynamic and colour. These skills prove intensely useful in understanding organisational culture and climate, which often changes imperceptibly on an hourly and daily basis.

“Innovation does not come with well-researched evidence and a well-informed public. It comes with ragged edges, incomplete and bits hanging off. It battles with prejudice and preconceptions. Innovation is not neat, oven-ready and complete. It is born of ideas and inspiration, needs imagination, courage and risk takers.”

There is no such thing as neat edges and the familiar in artistic creativity. Newness is born out of struggle, challenge and danger. This is something which every artist and musician will recognise and live on a daily basis. In my opinion, it is also what every developing and living organisation needs now and into the future.

JOIN US IN BERLIN FOR #EAPC2019 – AND LEARN MORE ABOUT THE ARTS IN END-OF-LIFE CARE
If you enjoyed this post and are attending the 16th EAPC World Congress in Berlin, please come along to the Meet the Expert session,  ‘A Creative Response – What do the Arts bring to End-of-Life Care?’. The session is chaired by Nigel Hartley and Marilène Filbet and will be held on Saturday 25 May at 08.00 to 08.45 in Room 2. View the full EAPC World Congress programme here.   Register here.