‘Good’ and ‘bad’ deaths in interviews with hospice managers 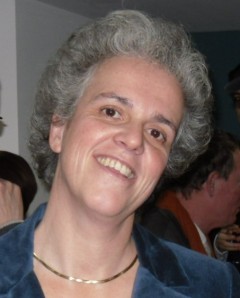 What is a ‘good’ or a ‘bad’ death from the point of view of health professionals who work in hospices? As part of the project ‘Metaphor in End of Life Care’ at Lancaster University  (funded by the ESRC (Economic & Social Research Council) ), we tried to find out. We conducted interviews with 15 hospice managers based in the UK. Amongst other things, each interviewee was asked: ‘How would you describe a good and a bad death?’

Almost all interviewees stressed that different people will have different ideas about what is ‘good’ or ‘bad’ in the experience of death. As a consequence, their own job involves finding out and fulfilling the wishes of patients and their families. On the other hand, several interviewees questioned the general belief that a ‘good’ death is necessarily one that happens at home. There was also general agreement that dying in a hospital – ‘on a busy ward’ – does not make for a good death. This was associated in the interviews with hospice care.

The difference between good and bad deaths is partly expressed via contrasting metaphors. A good death was described as involving ‘peace’ and the patient being ‘free’ from pain, because the hospice staff have managed to get symptoms ‘under control’. In addition, a good death involves patients and families accepting death as the end of a ‘journey’, and the decision to ‘let go’. In contrast, in a bad death the patient sees death as an opponent against which to ‘struggle’, ‘battle’ or ‘fight’ in order to ‘keep going’. A good death is also described as involving many ‘open’ conversations, in which patients and their families explicitly acknowledge that death is imminent. In contrast, a bad death is described as involving problems ‘in the background’ or in a ‘place’ inside the patient that hospice staff are not allowed to ‘reach’.  In some cases, a bad death is caused by ‘conflicts’, ‘tensions’ and ‘struggles’ within families, which prevent the hospice staff from getting everyone to be ‘in the same place’. When a bad death occurs, staff are sometimes left to ‘pick up the pieces’ and need ‘support’ themselves.

Almost all interviewees told stories involving specific (although unnamed) individuals. The ‘good death’ stories mostly involved a successful intervention on the part of the hospice staff. They begin with a description of a problematic situation, such as a man with stomach cancer who has suffered from continuous hiccoughs for a long time and cannot therefore go home to enjoy his wife’s cooking for a little longer. In the next stage of the story, the patients are referred to a hospice, and the staff work as a team in order to: tackle the problems that can be solved in some way; establish as much normality as possible; and prepare the patient and the family for what is to come. For example, acupuncture was used to treat the man’s hiccoughs, so that he could go home and enjoy his wife’s cooking for as long as possible.

In contrast, in ‘bad death’ stories the hospice team’s attempts at intervention are frustrated by circumstances beyond their control. In some cases, the patient is described as having been referred to the hospice at a very busy time, or too late for the staff to establish a relationship with them. In other cases, the hospice staff’s efforts are frustrated by the attitudes of patients, their families, or both. For example, one woman is described as dying in great physical and emotional distress after she:

“did battle with everyone. Nothing was ever right, nothing was good enough, nothing. You couldn’t physically get her comfortable. You couldn’t get in a good place to meet her psychologically. I think she felt that being comfortable was being patronised and that made it really difficult to offer her any support.”

To find out more…

This entry was posted in SPIRITUAL CARE and tagged good or bad death in hospice and palliative care, metaphor in end of life care. Bookmark the permalink.